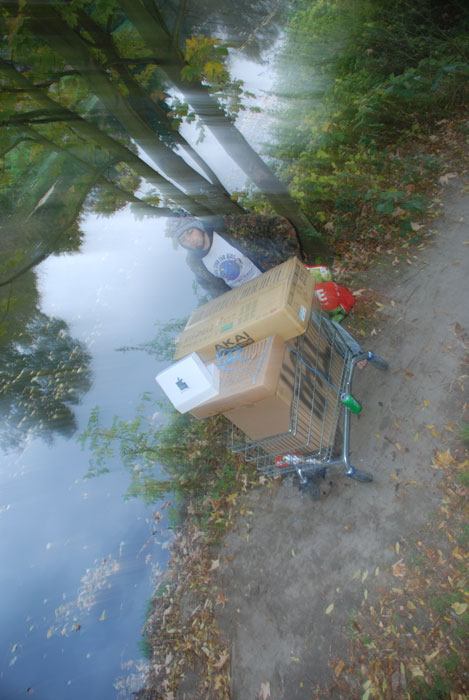 In 2008 the VST FX-Plugin developers from Sugar-Bytes organized the "Crazy Studio Pic Competition", where people should show how crazy they are when working in their studio.

I came up with the idea for an unusual studio shoot. I collected cardboards and invented the character DJ Cartoonage, who is a bumb and has a studio under his favorite bridge. Thanks to tools like his Pacbook Pro, his burning firewire card(board) and his wired bear can microphone he is able to make awesome music, too!

The developers from Sugar Bytes told me they had hard laughter thanks to my pictures and my unusual concept. I got the first place and I received the "Sugar Bundle" worth 599€.